Gordon Bonnet has been writing fiction for decades. Encouraged when his story “Crazy Bird Bends His Beak” won critical acclaim in Mrs. Moore’s 1st grade class at Central Elementary School in St. Albans, West Virginia, he embarked on a long love affair with the written word.

His interest in the paranormal goes back almost that far. Introduced to speculative, fantasy, and science fiction by such giants in the tradition as Madeleine L’Engle, Lloyd Alexander, Isaac Asimov, C. S. Lewis, and J. R. R. Tolkien, he was captivated by those writers’ abilities to take the reader to a fictional world and make it seem tangible, to breathe life and passion and personality into characters who were (sometimes) not even human. He made journeys into darker realms upon meeting the works of Edgar Allen Poe and H. P. Lovecraft during his teenage years, and those authors still influence his imagination and his writing to this day. 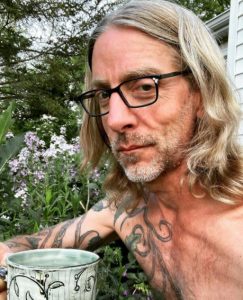 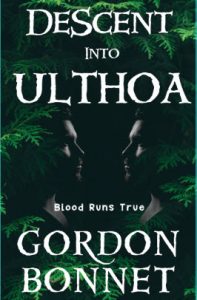